We began our trip south on December 15th.  The day before, while doing the final packing, we had to break into Stella with a hairdryer, as she was frozen shut.  Her batteries were low and she had 8” of snow on her roof, which includes the two solar panels now unable to charge the two AGM batteries.  So, clearly it was time to go.  Bikes were locked down, litter box installed in shower and house was prepped for her long winter.  All systems were “go”.  Our first major destination is Gulf Shores State Park on the gulf of Alabama just east of Mobile.  Christmas on the Gulf….. 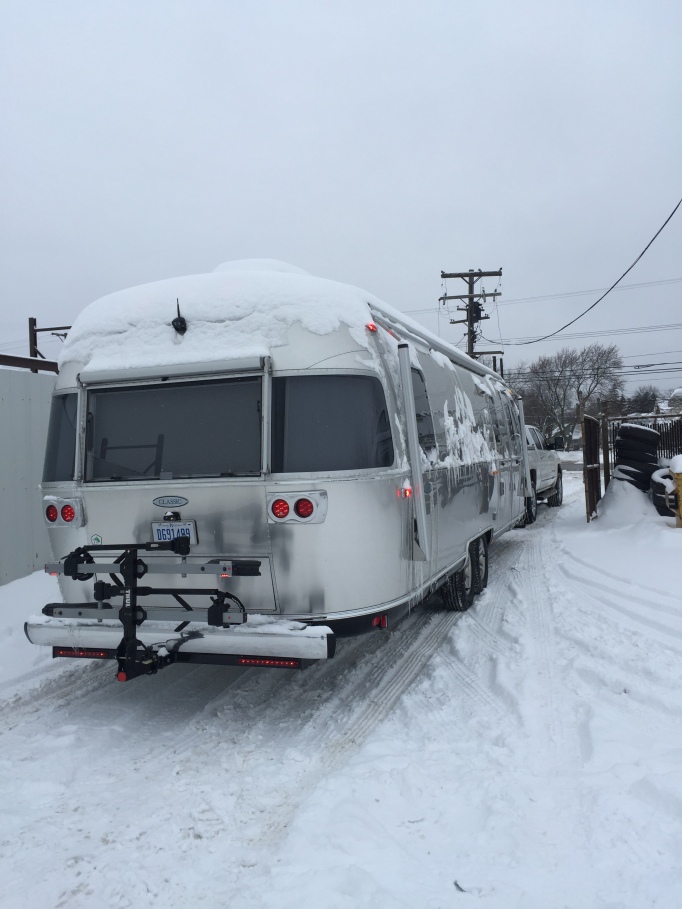 The roads were salty and wet through Michigan but cleared as we entered Ohio.  We overnighted at the Airstream Factory in Jackson Center Ohio, then at the Louisville KOA as we made our way to Nashville.  I65 between Louisville and Nashville was not the smoothest ride but we had fun tracking the various borboun distillery signs along the way.  While in Nashville, Ralph connected with a fellow guitar teacher.  Traffic around Nashville was terrible and the weather continued to be on the cooler side.

Our next stop was an Army Corp of Engineers park in near Montgomery Alabama called Gunterhill.  Full hook up sites that were spacious and private.  Nice hot strong showers too.  Definitely a place we would revisit.  This is where we dewinterized Stella, as weather was supposed to consistently be above 40 degrees.

The cats seemed to have settled into a routine, knowing when we start a certain morning pack up routine, a car ride is coming.  This is when they start to hide with Sophie crawling into the narrow spot between the mattress and the wall.  They dislike the car ride, but don’t cry or make any noises while in their crate.  The little “pink pill” helps with car sickness when our ride will be more than an hour.

The Christmas arrival at Gulf Shores went as planned.  The park is huge and the sites not private, but who cares when you are 1/2 mile from the ocean.  Here is where the wether began to turn cold much to our surprise.  The park has over 30 miles of biking and hiking trails but we were able to get only one very short ride in due to the weather.  Gulf Shores is definitely on our list of “revisits”.

Our next major destination was the CanOpener Airstream Rally at Topsail Preserve State Park in Santa Rosa Beach Florida,with a quick stopover in Mystic Springs Cove Airstream Park north of Pensacola for New Year’s Eve/Day. Here is where the weather got very cold – in the low 20s, requiring us to semi-winterize and modify our water hook ups. It was COLD, as the arctic blast terrorizing Michigan settled into northern florida.   This park is owned and run by the Pensacola Airstream unit and really needs some attention to make it a “destination” park.  We met “Chance”, the abandoned Labrador, here and were sad that we were not able to find his owners before we left requiring him to be surrendered to the local county animal shelter.  Not much to do here and only 2 other people at the park – even the park host left us due to the weather.  Nothing near by and the Air Museum in Pensacola was closed for New Years.

After leaving Mystic, we considered this the true start to our Florida winter — Destination Topsail and the CanOpener rally.  This park is awesome and the rally was beyond fun.  It was still cold – in the 30s during the day and 20s at night, but when you are with 200+ other airstreamers, fun is hard to avoid.

The rally raised over $1,300 for the Friends of the Park group.  Simply put, we love this park and the rally.   It is on our list of parks to visit many more times.  Over 1600 acres of prime shore front and an ecosystem that the State spends a ton of money trying to keep pristine.  Our morning walk with the Ranger showed us much about invasive species and their affects on the natural order of life here on the gulf.   The area restuarants are teeming with huge oysters and fresh snapper, mahi and amberjack.  It is a seafood lovers paradise.

We are coming back in a week for another 5 day stay and hope the weather holds so we can explore more of the park.  Until then we are headed to Henderson Beach just 10 miles up the road to see more of this Emerald Coast winter wonderland…. 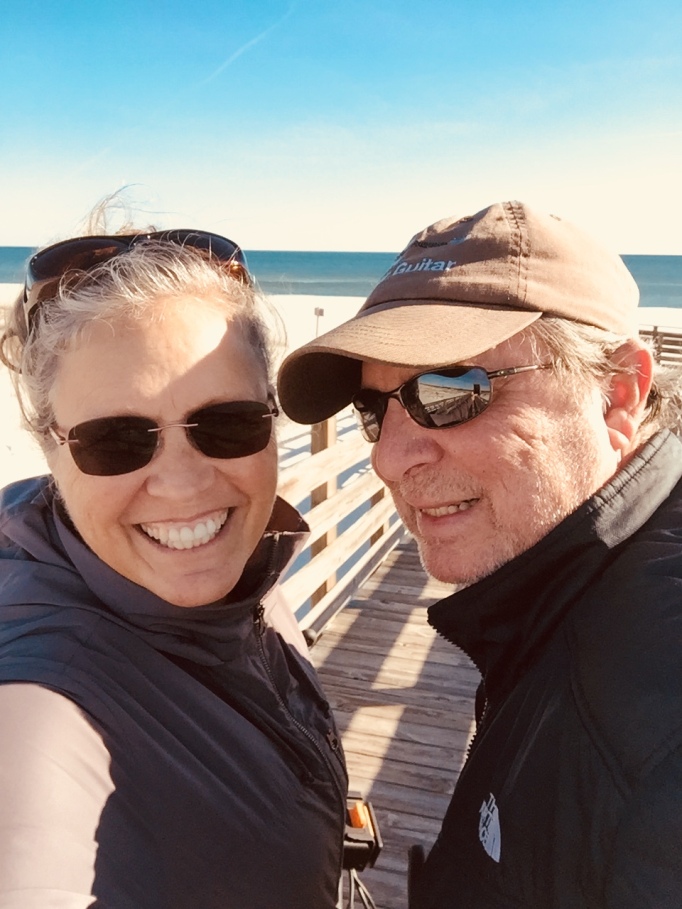 One thought on “Winter Wonderland”